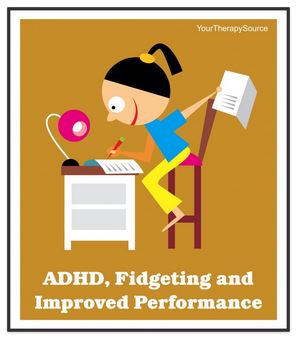 [Source:  Your Therapy Source]
The Journal of Abnormal Psychology published research to determine if hyperactivity with ADHD is a deficit or a compensatory behavior.  The researchers compared the working memory (WM) performance and attention in boys aged 8–12 years  with ADHD (n = 29) and typically developing children (TD; n = 23).  Each child’s phonological WM and attentive behavior was evaluated during four counterbalanced WM tasks during four separate sessions. The data was then sequenced hierarchically based on behavioral observations of each child’s gross motor activity during each task.
The results indicated the following:

Read the Rest of this Abstract on Your Therapy Source