Ancestors May Have Created ‘Iconic’ Sounds as Bridge to First Languages 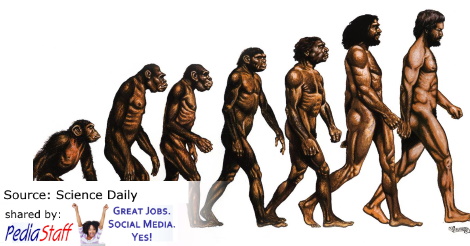 The ‘missing link’ that helped our ancestors to begin communicating with each other through language may have been iconic sounds, rather than charades-like gestures — giving rise to the unique human power to coin new words describing the world around us, a new study reveals.

It was widely believed that, in order to get the first languages off the ground, our ancestors first needed a way to create novel signals that could be understood by others, relying on visual signs whose form directly resembled the intended meaning.

However, an international research team, led by experts from the University of Birmingham and the Leibniz-Centre General Linguistics (ZAS), Berlin, have discovered that iconic vocalisations can convey a much wider range of meanings more accurately than previously supposed.