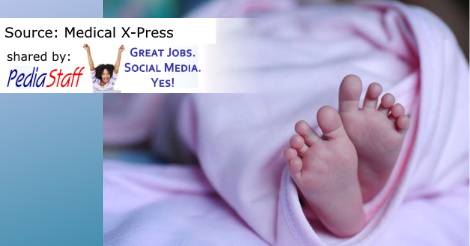 A small preliminary study out of Australia offers a tantalizing hint at what might cause Sudden Infant Death Syndrome, but doctors warn much more research is needed to know if the findings are conclusive in a larger group of infants.

The study, published May 6 in the journal eBioMedicine, is causing a stir among parents and getting passed around on Twitter and in blogs.

It measured levels of an enzyme called butyrylcholinesterase, which helps control the autonomic nervous system, in the blood of 67 babies in Australia who died of SIDS. The researchers, at the University of Sydney and the Children’s Hospital at Westmead, found those levels to be significantly lower in babies who died of SIDS than babies who did not.

The researchers were careful to title their paper “Butyrylcholinesterase is a potential biomarker for Sudden Infant Death Syndrome,” noted Dr. Rachel Moon, a SIDS researcher at the University of Virginia School of Medicine in Charlottesville.