Autism Corner: Why "High Functioning" Autism Is So Challenging 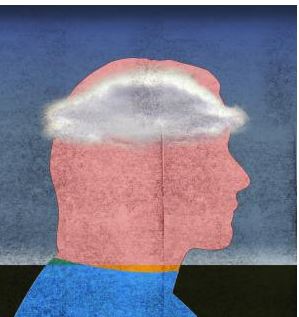 The autism spectrum is very large.  If you think of it as a rainbow (or a bell curve), you’ll note that there’s an awful lot of the spectrum that is at neither one end nor the other — but somewhere in the middle.  At this point in history, we don’t have good information to tell us whether MOST people on the autism spectrum are “somewhere in the middle,” but it is clear that the lion’s share of media attention goes to folks at the high and the low ends of the spectrum — that is, the profoundly disabled and the very high functioning.
If the media is to believed, the high end of the autism spectrum is peopled largely by eccentric geniuses — Bill Gates and Albert Einstein are often mentioned, along with Dan Ackroyd and Daryl Hannah — who by and large do very well indeed, though they march to the beat of their own drummer.  The reality, however, is that “high functioning autistic” and “genius,” “business tycoon,” and “Hollywood star” rarely go together.
In fact, people with high functioning autism may not have a higher IQ than their typical peers.  They may have very little of the kind of intense motivation for public success that sends a Bill Gates to find funders or an Einstein to find a publisher.
Read the Rest of this Article on About.com
dup