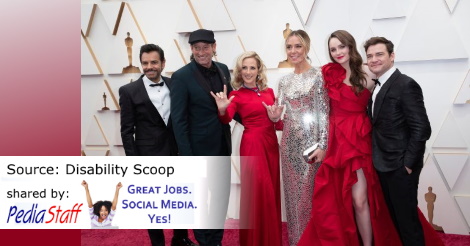 A film predominantly featuring people with disabilities made history at the Oscars in a move that advocates are calling a major win for disability representation in Hollywood.

“CODA” won the Academy Award for best picture on Sunday. The victory marks the first time that a film starring a mostly deaf cast took home the top prize.

The Apple TV+ movie also won the Oscar for best adapted screenplay and Troy Kotsur, who plays a fisherman and the family patriarch in the movie, became the first deaf male actor to receive an Academy Award.