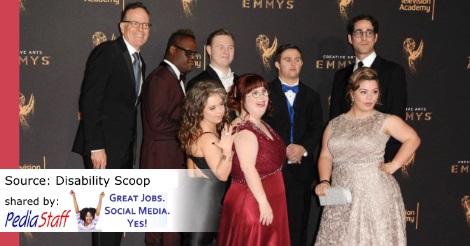 Two television shows starring individuals with developmental disabilities are each up for multiple Emmy Awards.

The Netflix series “Special” is nominated for four Emmys and A&E Network’s documentary series “Born This Way” is in the running for three awards.

In the semi-autobiographical “Special,” Ryan O’Connell plays a man who is gay and has cerebral palsy, but pretends to be an accident victim. O’Connell snagged a nomination as did two actresses on the series. The show is also up for Outstanding Short Form Comedy or Drama.