Does This Make Sense?: A Framework for Evaluating the Language Samples of Bilingual Children 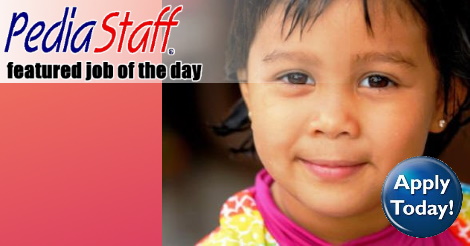 Language samples are used in the assessment process to corroborate results from formal testing and aid in the diagnostic process. When evaluating language samples produced by bilingual children the SLP has to be in tune to the errors that result from second language influence versus those that are atypical errors. In short, we can categorize errors into three different categories: normal developmental errors, errors resulting from the influence of another language, and atypical errors.

Normal developmental errors are those such as overregularization of past tense markers, such as, “Daddy goed to the store,” or the use of the regular plural rule for irregular plurals, such as “childs” for “children.” Developmental acquisition charts and dynamic assessment (teach the rule and test it again) should be used to determine whether such errors are typical for the child’s age.
If errors are considered not to fall into the normal developmental category, the next question is, “Does it make sense given the child’s two language?” If it does, it falls into the category of errors resulting from the influence of another language, which generally do not indicate language impairment. If it does not, it falls into the category of atypical errors, which can be indicative of language impairment.
Let’s look at a couple of examples from each of these categories. The following excerpt is from a language sample collected using the wordless picture book Frog, Where Are You? by Mercer Mayer. Errors coded in green are those that are not indicative of language impairment (normal developmental errors or those influenced by Spanish, in this case) and those coded in red “do not make sense” given English development or second language influence.

The verbs coded in green are all in the first person present tense and should be in the third person past tense. This is a very common error for Spanish-speaking children who are in the process of learning English. “Bee” is coded in red because it should be plural. The plural rules in English and Spanish are very similar and both languages would require a plural marker (“s”) in this situation. The word “koook” in the third line is coded as atypical because it is not meaningful in either language. The final line includes two atypical errors. A verb is omitted (not acceptable in either language) and a plural is required.

It should be noted that speech production should be taken into account as well. For example, the examiner should consider whether dialectal differences, such as omission of final –s, or phonotactic contraints of the first language (e.g. no consonant clusters in final position) are influencing productions. In the case of the example above the examiner should ask whether the student is omitting plurals due to dialectal influence of final -s omission or difficulty producing final clusters as a result of first language influence. The child was noted to use –s and –z in final positions in other places in his sample, used other final clusters, and omitted many plurals so it was concluded that plurals were an area of difficulty. This was also consistent with formal testing results.

Obviously it takes knowledge to the two languages to be able to ask, “Does this make sense given the child’s two languages? There is a lot of comparative linguistic information on the internet that can be helpful to answer this question. The Texas Speech Language Hearing Association’s (TSHA) Communicologist contains a series of articles in the CLD Corner column that evaluate different language pairs. They can be found on TSHA’s website at http://www.txsha.org. There are also resources on typical errors in Spanish-English bilinguals in the Resources Library at http://www.speechpathologyceus.net. It is also very helpful to sit down with someone who speaks both languages and ask them to help you understand whether errors make sense or not.

The use of language samples is very valuable in the assessment process but when working with bilingual children, it is essential that we evaluate their samples with a consideration for how their two languages might interact. If we only look only at the quantity of errors, we might penalize bilingual children for typical patterns of bilingual development.
This Month’s Featured Authors:

Dr. Ellen Kester is a Founder and President of Bilinquistics, Inc. http://www.bilinguistics.com. She earned her Ph.D. in Communication Sciences and Disorders from The University of Texas at Austin. She earned her Master’s degree in Speech-Language Pathology and her Bachelor’s degree in Spanish at The University of Texas at Austin. She has provided bilingual Spanish/English speech-language services in schools, hospitals, and early intervention settings. Her research focus is on the acquisition of semantic language skills in bilingual children, with emphasis on assessment practices for the bilingual population. She has performed workshops and training seminars, and has presented at conferences both nationally and internationally. Dr. Kester teaches courses in language development, assessment and intervention of language disorders, early childhood intervention, and measurement at The University of Texas at Austin. She can be reached at
[email protected]

Dr. Alejandro E. Brice is an Associate Professor at the University of South Florida St. Petersburg in Secondary/ESOL Education. His research has focused on issues of transference or interference between two languages in the areas of phonetics, phonology, semantics, and pragmatics related to speech-language pathology. In addition, his clinical expertise relates to the appropriate assessment and treatment of Spanish-English speaking students and clients. Please visit his website at http://scholar.google.com/citations?user=LkQG42oAAAAJ&hl=en or reach him by email at [email protected]