In First, Actor With Down Syndrome Presents At Oscars 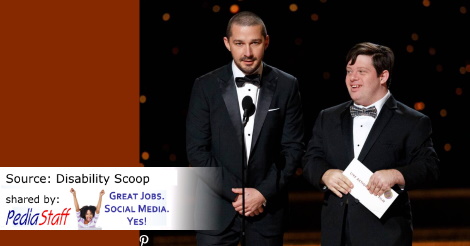 On Hollywood’s biggest night of the year, an actor with Down syndrome joined the ranks of A-listers to present an Academy Award.

Zack Gottsagen, who has the chromosomal disorder, took the stage Sunday night to announce the Oscar for best live action short.

Gottsagen presented alongside Shia LaBeouf who co-starred with him in “The Peanut Butter Falcon,” which came out last year. In the film, Gottsagen plays a man with Down syndrome who runs away from the nursing home where he lives to pursue his dream of becoming a professional wrestler. LaBeouf stars as an outlaw who’s on the run and ends up traveling with Gottsagen’s character.