Intriguing Gender Differences Found in Friendships Between Those with Autism 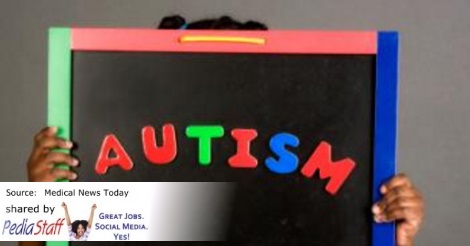 [Source:  Medical News Today]
Could gender differences in the symptoms of autism mask their prevalence in girls? A recent study into autistic friendships highlights some striking asymmetries.
According to a new study, the way in which autistic boys and girls enter friendships can be quite different.
The Centers for Disease Control and Prevention (CDC) estimate that around 1 in 68 American children have been identified with an autism spectrum disorder.
Autism appears to be far more prevalent in males than females; almost five times more boys are thought to have the disorder than girls. According to the CDC, around 1 in 42 boys and 1 in 189 girls are on the autistic spectrum.
Research being presented today at the British Psychological Society’s Division of Educational and Child Psychology puts an interesting slant on autism, friendship and the differences between girls and boys.
Read the Rest of this Article on Medical News Today