Action Planning and Execution in Children with Cerebral Palsy 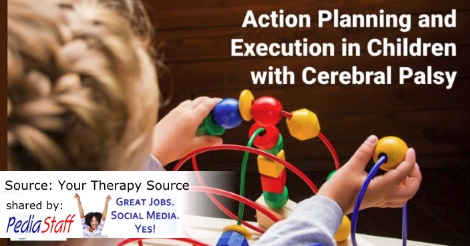 Each child participated in the experimental valid action-planning task, which consisted of initially reaching and grasping an object placed at a fixed position, followed by placing the object in a random target position.  The visual patterns and arm motions of the children were recorded using a head-mounted eye tracker system and motion capture.

Read the Rest of this Abstract on Your Therapy Source