Babies Have Logical Reasoning Before Age One, Study Finds 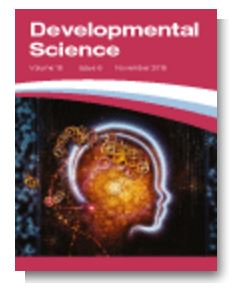 [Source:  Medical News Today]
Human infants are capable of deductive problem solving as early as 10 months of age, a new study by psychologists at Emory University and Bucknell finds. The journal Developmental Science is publishing the research, showing that babies can make transitive inferences about a social hierarchy of dominance.
“We found that within the first year of life, children can engage in this type of logical reasoning, which was previously thought to be beyond their reach until the age of about four or five years,” says Stella Lourenco, the Emory University psychologist who led the study.
The researchers designed a non-verbal experiment using puppet characters. The experiment created scenarios among the puppets to test transitive inference, or the ability to deduce which character should dominate another character, even when the babies had not seen the two characters directly interact with one another.
A majority of the babies in the experiment, who were ages 10 to 13 months, showed a pattern consistent with
Read the Rest of this Article on Medical News Today