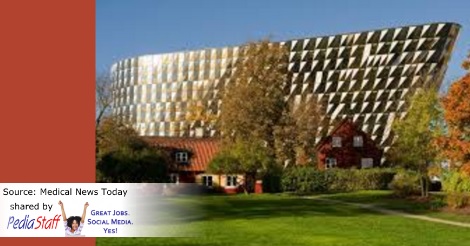 Extremely premature babies run a much higher risk of developing autism in later childhood, and even during the neonate period differences are seen in the brains of those who do. This according to a new study by researchers from Karolinska Institutet and Karolinska University Hospital in Sweden. The findings, which are published in the journal Cerebral Cortex, suggest that environmental factors can lead to autism.

Extremely preterm neonates survive at increasingly early gestation periods thanks to the advances made in intensive care in the past decades. However, babies born more than 13 weeks prematurely run a serious risk of brain damage, autism, ADHD and learning difficulties. They are exposed to numerous stress factors during a period critical to brain development, and it is possible that this plays a key part in the development of autism spectrum disorder (ASD).
In this present study, the researchers examined over 100 babies who had been born extremely prematurely (i.e. before week 27, the beginning of the third trimester). With the parents’ permission they studied the growth of the babies’ brains using magnetic resonance imaging during the neonate period, and then screened the children for autistic features when they had reached the age of six.