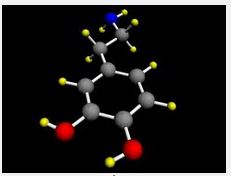 [Source:  Science Daily]
Long-term treatment of attention deficit/hyperactivity disorder (ADHD) with certain stimulant medications may alter the density of the dopamine transporter, according to research published in the open access journal PLOS ONE by Gene-Jack Wang and colleagues from Brookhaven National Laboratory and the intramural program at NIH.
ADHD is commonly treated using drugs to target dysfunctional dopamine signaling in the brain, such as methylphenidate (commonly known as Ritalin). The researchers found that adults with ADHD who had been prescribed the drug methylphenidate for a period of 12 months had a 24% increase in the density of the dopamine transporter in some brain regions, which after treatment was significantly higher than in adults without ADHD who
Read the Rest of this Article on Medical News Today