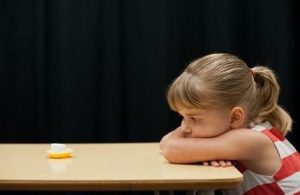 Researchers at McGill have clearly identified, for the first time, the specific parts of the brain involved in decisions that call for delayed gratification. In a paper recently published in the European Journal of Neuroscience, they demonstrated that the hippocampus (associated with memory) and the nucleus accumbens (associated with pleasure) work together in making critical decisions of this type, where time plays a role. The researchers showed that when these two structures were effectively ‘disconnected’ in the brain, there is a disruption of decisions related to delayed gratification.
It is a discovery which has implications not only for a range of neuropsychiatric disorders such as ADHD, eating disorders and anxiety disorders, but also for more common problems involving maladaptive daily decisions about drug or alcohol use, gambling or credit card binges.
How the work was done
The researchers discovered the importance of this connection by working with rats trained to make choices between stimuli that would result in their receiving different amounts of rewards, after varying periods of time. The rats were asked to choose between two identical visual shapes by pressing their nose against one of them on a touchscreen (similar to an iPad), in exchange for rewards in the form of sugar pellets. Like most humans, rats have a sweet tooth.
Read the Rest of this Article on Medical News Today