Editor’s Note:  While this study is certainly not ‘news’ to those of us who live and work with children with ADHD, perhaps this empirical evidence would be useful to show parents and guardians so they can work extra hard to encourage their children with the disorder to be more active.
[Source:  Medical News Today] 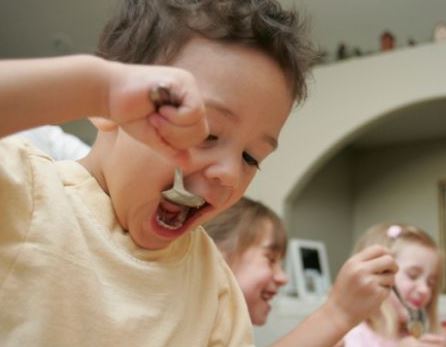 Children with attention deficit hyperactivity disorder (ADHD) are more likely to become obese and sedentary teenagers, according to new research.
Previous studies have suggested a link between ADHD and obesity, but whether one leads to the other is unclear. One way to better understand the link is to follow children through to adolescence.
The new study, which followed almost 7000 children in Finland, found that those who had ADHD symptoms at age eight had significantly higher odds of being obese at age 16. Children who had ADHD symptoms were also less physically active as teenagers.
Researchers from Imperial College London reported the findings in the Journal of the American Academy of Child and Adolescent Psychiatry.
ADHD affects two to five per cent of school-aged children and young people in the UK and is related to poor school performance. The main symptoms are inattentiveness, hyperactivity and impulsivity. ADHD is complex to diagnose, but screening questionnaires can give an indication of a probable diagnosis, based on a child’s behavior.
Read the Rest of this Article on Medical News Today