Did Phelps’ ADHD Make Him the Greatest Olympian of All Time?

Editor’s Note:  Here is a very cool article for your enjoyment and also perhaps to share with your older kiddos with ADHD.  Our kids with ADHD always think of their condition as a “problem.” Why not use this article as an illustration of how it is merely a “difference” that may make them even better!
[Source:  Special Ed Post] 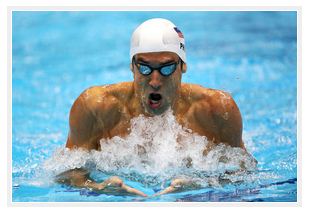 He has acquired more Olympic medals than any other athlete in history. The other was knocked out of the Games after just 250 seconds. But Michael Phelps and Ashley McKenzie, the 23-year-old British No 1 judoka, have one thing in common: both have attention deficit hyperactivity disorder (ADHD), as does another high-profile Olympian, British gymnast Louis Smith, who this week helped win the first British men’s gymnastics team medal for a century.
Suddenly, a condition that is hugely stigmatized and still controversial, is unexpectedly in the spotlight. It raises several interesting questions. Does ADHD hinder or help sporting success? And can the Olympics offer a positive legacy for people suffering from it?
Phelps, the American swimmer with a record-breaking 19 Olympic medals to his name, is probably the most famous person in the world with ADHD,the top behavior disorder in Britain and the United States, which is estimated to affect 2-5% of children and young people. For Phelps, a gangly, hyperactive child who was
Read the Rest of this Article on Special Ed Post