Dyspraxia – "is it a battle of the sexes?" 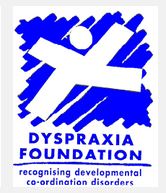 [Source: Medical News Today]
Urgent call from national charity for greater awareness of dyspraxia among females as new survey shows they may be “slipping through the net”
New findings released today [Monday 12 October 2015] have revealed a significant gap in the diagnosis – and therefore, treatment – of dyspraxia, otherwise known as developmental co-ordination disorder (DCD), amongst young women and girls.
The nationwide poll1, commissioned by the Dyspraxia Foundation, reported that over half (53%) of all female respondents said that their primary school teachers were unaware of their difficulties (compared to just 39% of the males questioned). 47% of teenage girls reported the same situation in secondary school, as opposed to 32% of males.
Experts from the Dyspraxia Foundation – the only national charity in the UK dedicated to raising awareness of the condition – believe such findings may reflect teachers’ perceptions of dyspraxia as a largely “male” disorder, leaving girls often overlooked in the classroom. It may also be possible that girls with dyspraxia are simply better at masking their difficulties by putting in extra effort and recruiting the assistance of friends to help them cope.
Read the Rest of this Article on Medical News Today