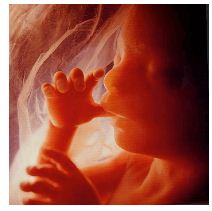 [Source: Health Day via us News and World Report]
Gestational diabetes and a lower socioeconomic status are the latest environmental factors to be associated with an increased risk of attention-deficit/hyperactivity disorder (ADHD), according to new research.
The German study found that children born to mothers who developed high blood sugar during pregnancy (gestational diabetes) were almost twice as likely to have ADHD as children born to mothers without gestational diabetes. The study also found more than double the risk of ADHD for children born into a family with a low socioeconomic status compared to those in the highest socioeconomic class. Children in the middle class had almost a 60 percent higher rate of ADHD compared to the upper-class children.
Read the Rest of this Article on USNews.com