Girls With ADHD More Prone to Self-Injury, Suicide as They Enter Adulthood 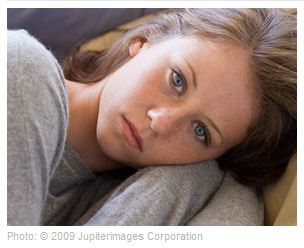 [Source:  Science Daily]
Girls with Attention Deficit Hyperactivity Disorder (ADHD) — and their families — often look forward to the likely decline in visible symptoms such as fidgety or disruptive behavior as they mature into young women.
However, new findings from UC Berkeley caution that, as they enter adulthood, girls with histories of ADHD are more prone to internalize their struggles and feelings of failure — a development that can manifest itself in self-injury and even attempted suicide.
“Like boys with ADHD, girls continue to have problems with academic achievement and relationships, and need special services as they enter early adulthood,” said Stephen Hinshaw, UC Berkeley professor of psychology and lead author of a study that reports after 10 years on the largest-ever sample of girls whose ADHD was first diagnosed in childhood.
“Our findings of extremely high rates of cutting and other forms of self-injury, along with suicide attempts, show us that the long-term consequences of ADHD females are profound,” he added.
Read the Rest of this Article on Science Daily.com