Impact of ADHD Symptoms on Children with ASD 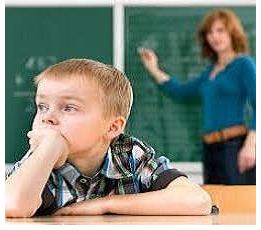 One of the most controversial comorbidities in children with ASD is the co-occurrence of Attention Deficit Hyperactivity Disorder (ADHD). Comorbidity refers to the presence of more than one diagnosis occurring in an individual at the same time. Although there continues to a debate about ADHD comorbidity in ASD, research, practice and theoretical models suggest that comorbidity between these disorders is relevant and occurs frequently. For example, a study of comorbid psychiatric disorders in children with ASD found that approximately 71% of cases had a least one comorbid psychiatric disorder, with the most common comorbidities being social anxiety (29%), ADHD (28%), and Oppositional Defiant Disorder (28%). Although the current DSM-IV-TR hierarchical rules prohibit the concurrent diagnosis of ASD/PDD and ADHD, there is a relatively high frequency of impulsivity and inattention in children with ASD. In fact, ADHD is a relatively common initial diagnosis in young children with ASD. Some researchers suggest that there are sub-groups of children with ASD with and without ADHD symptoms.
Read the Rest of this Article on Best Practice Autism