Infants Can Use Language to Learn About People's Intentions 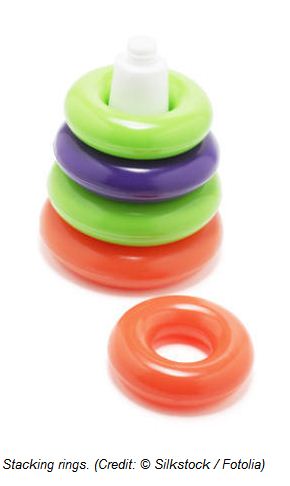 Infants are able to detect how speech communicates unobservable intentions, researchers at New York University and McGill University have found in a study that sheds new light on how early in life we can rely on language to acquire knowledge about matters that go beyond first-hand experiences.
Their findings appear in theProceedings of the National Academy of Sciences (PNAS).
“Much of what we know about the world does not come from our own experiences, so we have to obtain this information indirectly — from books, the news media, and conversation,” explained Athena Vouloumanos, an assistant professor at NYU and one of the study’s co-authors. “Our results show infants can acquire knowledge in much the same way — through language, or, specifically, spoken descriptions of phenomena they haven’t — or that can’t be — directly observed.”
The study’s other co-authors were Kristine Onishi, an associate professor in the Department of Psychology at Canada’s McGill University, and Amanda Pogue, a former research assistant at NYU who is now a graduate student at the University of Waterloo.
Read the Rest of this Article on Science Daily
Read About Another Study on Speech and Intentions in Infants Also Released This Week