Inside the Teenage Brain – Article in National Geographic 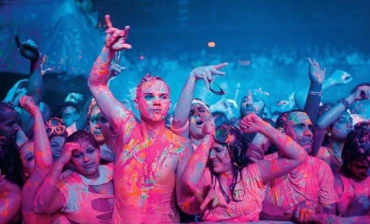 Photo: Kitra Cahana via National Geographic
Moody. Impulsive. Maddening. Why do teenagers act the way they do? Viewed through the eyes of evolution, their most exasperating traits may be the key to success as adults.
Although you know your teenager takes some chances, it can be a shock to hear about them.
One fine May morning not long ago my oldest son, 17 at the time, phoned to tell me that he had just spent a couple hours at the state police barracks. Apparently he had been driving “a little fast.” What, I asked, was “a little fast”? Turns out this product of my genes and loving care, the boy-man I had swaddled, coddled, cooed at, and then pushed and pulled to the brink of manhood, had been flying down the highway at 113 miles an hour.
“That’s more than a little fast,” I said.
He agreed. In fact, he sounded somber and contrite. He did not object when I told him he’d have to pay the fines and probably for a lawyer. He did not argue when I pointed out that if anything happens at that speed—a dog in the road, a blown tire, a sneeze—he dies. He was in fact almost irritatingly reasonable. He even proffered that the cop did the right thing in stopping him, for, as he put it, “We can’t all go around doing 113.”
He did, however, object to one thing. He didn’t like it that one of the several citations he received was for reckless driving.
Read the Rest of this Article on National Geographic.com