Irlen Syndrome Through a Different Lens

Thank you to Shoshana Shamberg of the Pediatric Occupational Therapist group on Facebook for sharing this article.   You are right, OTs should be trained in Irlen screening!
[Source:  Chicago Tribune via the Baltimore Sun] 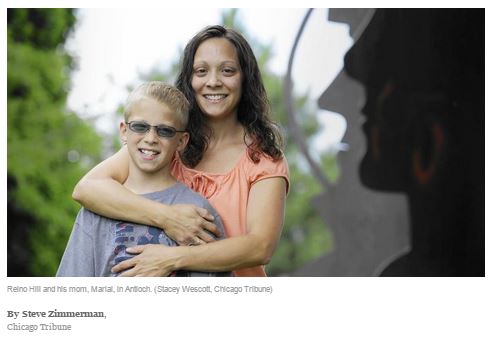 Call it mother’s intuition, but Maria Hill knew something was up with her son.

He was having headaches, struggling academically and missing words when reading. When he read aloud, he would make up words to replace ones he didn’t see. He also claimed the words would move.

“He would see one word, and the rest would run off the page,” she said.

As second grade at Petty Elementary in Antioch, Ill., drew to a close with his grades slipping, Hill wanted to get to the bottom of what was going on with Reino.

Months later, she got an answer. He was diagnosed with Irlen syndrome, a perceptual-processing disorder that is said to be caused by the brain’s inability to process wavelengths of light and ultimately visual information.

The condition is considered controversial, drawing criticism from some in the medical and academic communities who question its very existence.

Read the Rest of this Article on the Baltimore Sun