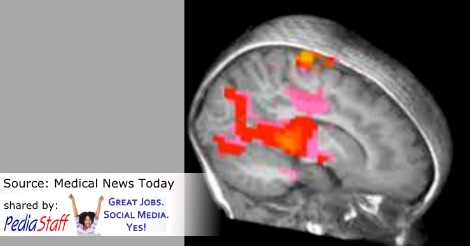 In the first major study of its kind, researchers using MRI have identified structural abnormalities in the brains of people with one of the most common genetic causes of autism, according to a new study published online in the journal Radiology. The abnormalities visible on brain images corresponded to cognitive and behavioral impairments in the study group, suggesting a future role for imaging in identifying people with autism who are in most urgent need of intervention.

Autism spectrum disorders are a group of developmental problems, affecting more than 3.5 million people in the U.S., according to the Centers for Disease Control and Prevention. Symptoms typically appear early in life and frequently include communication problems and repetitive behaviors. Many people with autism have abnormalities at a specific site on the 16th chromosome known as 16p11.2. Deletion or duplication of a small piece of chromosome at this site is one of the most common genetic causes of autism spectrum disorder.