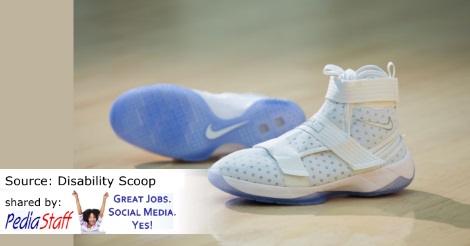 Nike is taking steps toward increased accessibility with a new shoe designed to make it even easier for people with disabilities to slip their feet in and out.

The athletic-wear giant said this week that it’s introducing a new iteration of its FlyEase lineup, a collection of sneakers that include special accessibility features.

Nike first introduced FlyEase in 2015 after hearing from a teenager with cerebral palsy who sought a shoe he could put on independently. The original FlyEase design relied on a wrap-around zipper to fasten the shoe and included a larger opening at the back to make it simpler to slide feet in and out.