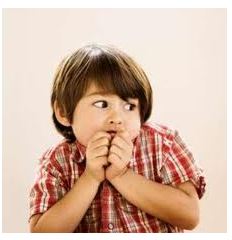 by Lee A. Wilkinson, PhD, CCBT, NCSP
Anxiety Disorders are a frequent co-occurring (comorbid) problem for children and youth with ASD. Although prevalence rates vary from 11% to 84%, most studies indicate that approximately one-half of children with ASD meet criteria for at least one anxiety disorder. Of all types of anxiety disorders, specific phobia is the most common, with prevalence estimates ranging from 31% to 64%. In contrast, estimates of phobias in children in the general population range from 5% to 18%.
Unusual fears have long been recognized as a feature of autism. In fact, 70 years ago, Leo Kanner wrote in his initial account of autism that “loud noises and moving objects” are “reacted to with horror” and things like “tricycles, swings, elevators, vacuum cleaners, running water, gas burners, mechanical toys, egg beaters, even the wind could on occasions bring about a major panic.” We now know that children with autism perceive, experience, and respond to the world very differently than children without autism. Experiences that may be tolerable for most typical children might be frightening, disturbing, or irritating for a child with ASD. Children with autism may also be unresponsive to other experiences (e.g., insensitive to pain), may not show stranger or separation anxiety, and may be seemingly unaware of obvious dangers (e.g., running into traffic).

Categories and Frequency of Unusual Fears

Types and Frequency of Unusual Fears

Unusual fears reported by parents fell into two categories: (1) uncommon fears not typically reported in children in the general population or in children with specific phobias and (2) fears that have been reported in studies of children without autism but which were considered unusual by parents because of their intensity, obsessiveness, irrationality, or interference with functioning. Of the total number reported, the most common unusual fears in three or more children with autism were:
§         Toilets
§         Elevators
§         Vacuum cleaners
§         Thunderstorms
§         Tornadoes
§         Heights
§         Worry dying (e.g., bone breaking through chest, car accident, drowned, eaten by fleas, heart attack, murdered, natural disaster, poisoned, sick, spleen exploding, or world ending)
§         Visual media (characters in or segments of movies, television shows, commercials, or computer games)

Children with and without unusual fears did not differ in age, IQ level, mental age, autism severity, race or parent occupation. Of all the demographic variables, only female gender was associated with the presence or absence of unusual fears. More girls had unusual fears (48.8%) than did boys (39.1%). This is consistent with the earlier studies indicating that girls with autism had more fears than boys and with general population studies showing that girls had more fears and higher fear survey scores than boys. The finding that children with and without unusual fears did not differ in age suggests that unlike most typical children, those with autism may not outgrow unusual fears. Likewise, the findings regarding autism severity and parent occupation suggest that the presence of unusual and intense fears may be present across SES and the entire autism spectrum. The authors note that the lack of demographic differences in the study may suggest a neurobiological basis for fears overriding developmental and environmental influences.

Research suggests that it is critical to assess for unusual and intense fears in children with ASD because they are common in this population and can interfere significantly with functioning. Specific fears and phobias have been cited as frequent anxiety triggers/stressors for children with ASD. The impact of anxiety includes personal distress in children, parents, and siblings, increase in challenging behavior and stereotyped behaviors, restriction of activities/opportunities and negative impact on quality of life for child and family. For example, children with autism may avoid necessary life situations (e.g., refusing to go to school because there may be a fire drill) or be in a constant state of anxiety and unable to function optimally because of their fears.
Identification of specific fears and phobias in children with ASD can help educators and interventionists improve programs and services for this group of students. This information may be especially useful for clinicians, particularly those utilizing CBT as a treatment approach for children and youth with ASD. There is evidence to suggest that the interventions used to treat intense fears and phobias in children without autism (exposure, desensitization, modeling, shaping, and reinforcement) might also be effective for children who have autism. Lastly, further research is needed to investigate why some specific unusual fears are common to autism but not the general population. As more individuals with ASD communicate about their fears and reasons for their idiosyncrasies, we may come to a better understanding of autism and its symptoms.
References
Mayes, S. D., Calhoun, S. L., Aggarwal, R., Baker, C., Mathapati, S., Molitoris, S., & Mayes, R. D. (2013). Unusual fears in children with autism. Research in Autism Spectrum Disorders, 7, 151–158.
Kanner, L. (1943). Autistic disturbances of affective contact. Nervous Child, 2, 217–250.
Lee A. Wilkinson, PhD, CCBT, NCSP is author of the award-winning book, A Best Practice Guide to Assessment and Intervention for Autism and Asperger Syndrome in Schools, published by Jessica Kingsley Publishers.