Research Explores How Children Reason, Think About Others 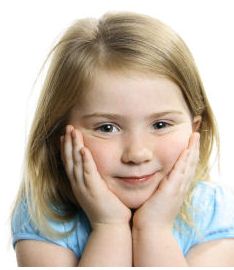 [Source:  Science Daily]
As social creatures, humans must constantly monitor each other’s intentions, beliefs, desires, and other mental states. A particularly important social skill is the ability to take another person’s perspective and understand what the person knows, even when that knowledge may ultimately be false. Past research has shown that before the age of 4, children fail to pass standard tasks designed to measure false belief; however, new research has shown that very young children can pass nonverbal versions of false-belief tasks.
Paula Rubio-Fernández of University College London and Bart Geurts of the University of Nijmegen tested 3-year-old children using a standard false-belief task called the Smarties task and using an altered, more streamlined version of the false-belief task called the Duplo task. The Duplo task was designed to minimize disruptions in children’s perspective-taking. The researchers found that while only 22.7% of children passed the Smarties task, 80% of children passed the Duplo task. This suggests that 3-year-old children are able to pass a verbal false-belief task if they are able to keep track of the protagonist’s perspective.
Read the Rest of this Article on Science Daily