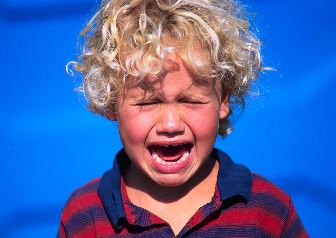 [Source:  Science Daily]
Temper tantrums in young children can be an early signal of mental health problems, but how does a parent or pediatrician know when disruptive behavior is typical or a sign of a serious problem?
New Northwestern Medicine research will give parents and professionals a new tool to know when to worry about young children’s misbehavior. Researchers have developed an easy-to-administer questionnaire specifically designed to distinguish the typical misbehavior of early childhood from more concerning misbehavior. This will enable early identification and treatment of emerging mental health problems, key to preventing young children struggling with their behavior from spiraling downward into chronic mental health problems. The new tool also will prevent rampant mislabeling and overtreatment of typical misbehavior.
Surprise Finding: Temper Tantrums Not Frequent
In a surprising key finding, the study also debunks the common belief temper tantrums are rampant among young children. Although temper tantrums among preschoolers are common, they are not particularly frequent, the research shows. Less than 10 percent of young children have a daily tantrum. That pattern is similar for girls and boys, poor and non-poor children and Hispanic, white and African-American children.
Read the Rest of this Article on Science Daily