Social Judgment Impaired In Children With Autism: They Can Identify Misbehavior But Have Trouble Putting It In Words 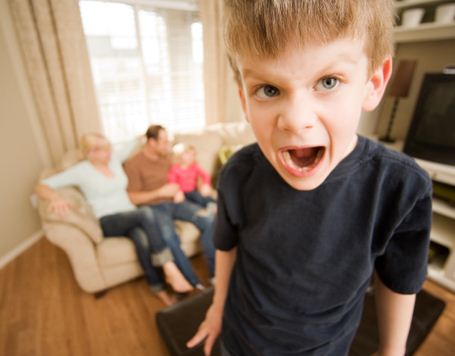 [Source: Medical News Daily]
Children with autism have difficulty identifying inappropriate social behavior, and even when successful, they are often unable to justify why the behavior seemed inappropriate. New brain imaging studies show that children with autism may recognize socially inappropriate behavior, but have difficulty using spoken language to explain why the behavior is considered inappropriate, according to research published Oct. 17 in the open access journal PLOS ONE by Elizabeth Carter from Carnegie Mellon University and colleagues.
The authors say the results of their functional MRI studies support previous behavioral studies that reached similar conclusions about language impairment in children with autism. In the current study, the researchers asked children with autism and children with typical development to identify in which of two pictures a boy was being bad (social judgment), or which of two pictures was outdoors (physical judgment). Both groups successfully performed the task, but the children with autism showed activity in fewer brain regions involving social and language networks while performing the task. Even though language was not required for the task, the children with typical development recruited language areas of the brain while making their decisions.
Read the Rest of this Article on Medical News Today