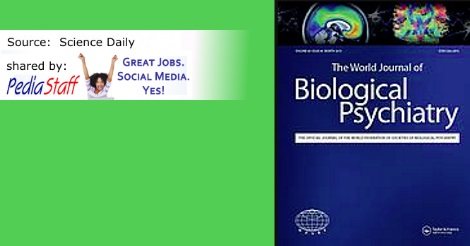 According to a study in Biological Psychiatry, physical brain injury in children contributes to the development of attention-deficit/hyperactivity disorder (ADHD), distinct from genetic risk for the disorder.

In the study, youth who reported ADHD symptoms and had a history of mild traumatic brain injury (TBI), such as a concussion, did not have an increased genetic risk for the disorder. This is in contrast to developmental ADHD, which is caused in part by the small cumulative effects of multiple ADHD-related genes.

“This article suggests that there are at least two forms of ADHD. One that is an expression of a risk inherited within families and the other which develops after traumatic brain injury,” said John Krystal, MD, Editor of Biological Psychiatry. “The latter is of particular interest in light of the growing evidence that contact sports and combat are associated with higher rates of traumatic brain injury than we previously recognized,” he added.