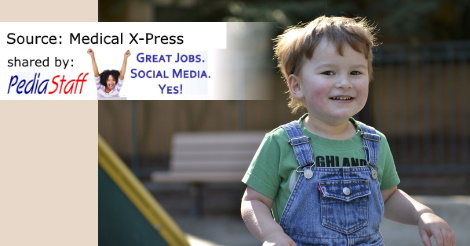 A parent-led intervention that supports the social development of babies displaying early signs of autism has significantly reduced the likelihood of an autism diagnosis being made in early childhood, according University of Manchester scientists, part of an international research team led by CliniKids at the Telethon Kids Institute in Australia.

In a study published in JAMA Pediatrics, the team led by Professor Andrew Whitehouse (the University of Western Australia) and including Professor Jonathan Green, Dr Ming Wai Wan and Dr Carol Taylor from the University of Manchester, found that a clinician diagnosis of autism at age three was only a third as likely in children who received the pre-emptive intervention (iBASIS-VIPP) compared to those who received treatment as usual—the first time such an improvement has been demonstrated worldwide.