Tummy Troubles: Studying the Relationship Between Autism and Gastrointestinal Disorders 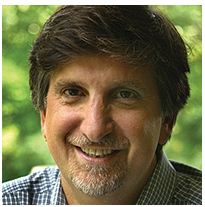 Guest post by neurobiologist Pat Levitt, Ph.D., of the University of Southern California’s Keck School of Medicine, in Los Angeles
Many children with autism spectrum disorders (ASD) have co-occurring medical conditions that affect their quality of life and response to therapy. One of the most common of these medical conditions is gastrointestinal (GI) disorder. Our research directly examines the relationship between the two and creates a foundation for understanding the biology and behaviors unique to children affected by both disorders. It is described, in detail, in our recent report in the journal Autism Research.
Our multi-disciplinary research group included neuroscientists, a clinical psychologist, a pediatrician and a pediatric gastroenterologist. We enrolled 121 children through Vanderbilt University, in Nashville, primarily through Vanderbilt’s autism clinic, which is part of the Autism Speaks Autism Treatment Network (ATN). These children fell into one of three groups: those with ASD and GI disorder, those with ASD only and those with GI disorder only. Their parents completed a dietary journal and questionnaires about the children’s behavior and GI symptoms. In addition, a pediatric gastroenterologist evaluated the children with GI disorders.
Read the Rest of this Article on Autism Speaks’ Blog