Worth Repeating: Is "Sensory Processing Disorder" a Real Medical Condition?

Editor’s Note:  Thank You to my friends on the Pediatric OT group on Facebook for posting this article from New Republic Magazine.  It prompted vigorous discussion on the board.   I particularly think this comment by Beverly Moskowitz, was most thought provoking:

It is NOT the responsibility of OTs to educate the medical or psychiatric community. Rather it IS the responsibility of OTs to conduct large scale random controlled studies to prove the effectiveness of the treatments they are employing. My friends, please do not read this article as a criticism or dismissal or Sensory Processing or of its existence. Instead, read it as a Call for Action. This is the current state of the art. Anecdotal, passionate or short-lived case studies are not going to change anyone’s minds. We as OTs believe our parent’s reports of the severe difficulties their children have. But we must be more methodical, scientific and objective in coming up with conclusive proof that 1) This is a unique entity, and 2) The best treatment is clinical. 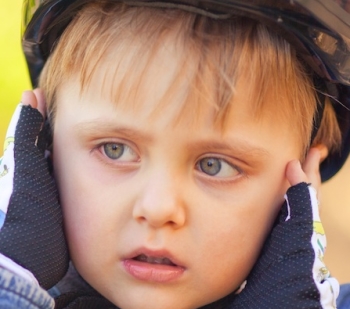 Jacob Trigg was barely three years old when his mother, Pamela, began to notice he was not quite like other boys. While his classmates ran amok in preschool, he would find a quiet corner and sit by himself. At the age of four, he begged to leave restaurants, refused to play sports, and showed little interest in making friends. It took several adults to hold him down for a haircut.

For most toddlers, tantrums and clumsiness are just a part of life, something they grow out of. Yet a burgeoning number of parents, like Pamela Trigg, are reporting that their children exhibit baffling, intense behaviors. Some overreact, recoiling from loud noises or refusing to wear itchy clothes. Others underreact, showing little reaction to pain or crashing their bodies into walls.

In the last decade, tens of thousands of children have been labeled with sensory processing disorder, a once-unheard of condition which advocates liken to a neurological “traffic jam” that prevents the brain from handling external stimuli and making sense of certain sounds, sights, smells, tastes, and textures. The Sensory Processing Disorder Foundation, a 35-year-old research and advocacy group based in Denver, claims SPD disrupts the everyday lives of more than four million Americans.

Many families find such behavior so debilitating that they are hiring occupational therapists to teach them how to play with their kids or to brush their skin with soft-bristled brushes. Across the country, clinicians charge as much as $200 an hour to encourage children with sensory problems to spin in slings and hammocks, play with shaving foam, and blow bubbles through a hose.

For some, this is sheer quackery. There is still little consensus within the medical community on whether SPD is an actual disorder, let alone whether many popular treatments work. Last year, the SPD Foundation failed in its decade-long campaign to convince the American Psychiatric Association to include SPD in the fifth edition of

Read the Rest of this Article on the New Republic