Worth Repeating: Train a Parent, Spare a Child

Thank goodness we have Loren Shlaes of the Pediatric OT Blog to keep up with the New York Times for us.  Thanks Loren for another great article to share!
[Source:  New York Times] 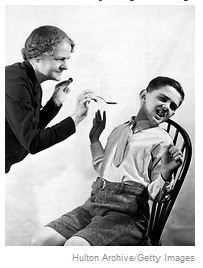 by Bruce Feiler
Someone asked me recently what my New Year’s resolution was as a parent. Without thinking, I said, “more creative bribing.”
I find the issue of bribing children — or to be more precise, the giving of blunt, uncreative rewards for desired behavior (“If you just stop kicking that seat in front of you on the plane, I’ll give you 10 minutes of iPad time”; “Clean your room this weekend, I’ll give you 10 bucks”; “If you use good manners at Grandma’s house, I’ll let you have an extra brownie”) — to be one of the more nagging challenges of being a parent.
On one hand, I’ve read a small library of articles that have laid out with undeniable persuasiveness evidence that giving children tangible rewards — from money to sweets to an extra hour before bedtime — not only doesn’t work in the long term, it actually has a negative effect on them. As early as the 1960s, Edward Deci, then a psychology graduate student at Carnegie Mellon, showed that when external rewards are given, subjects “lose intrinsic interest for the activity.” More recently, Daniel Pink, in his best-selling book “Drive,” reviewed four decades of research and concluded that offering short-term incentives to elicit behavior is unreliable, ineffective and causes “considerable long-term damage.” (The main downside: People perform the task merely to get the reward; when
Read the Rest of this Article on the New York Times.com