Over 400 Comorbid Conditions May Co-Occur with Fetal Alcohol Syndrome 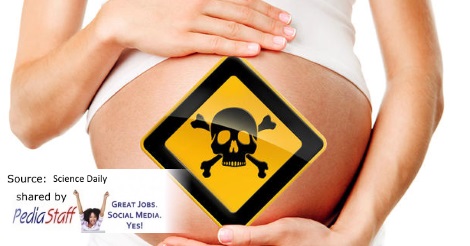 Researchers at the Centre for Addiction and Mental Health (CAMH) have identified 428 distinct disease conditions that co-occur in people with Fetal Alcohol Spectrum Disorders (FASD), in the most comprehensive review of its kind.

The results were published in The Lancet.
“We’ve systematically identified numerous disease conditions co-occurring with FASD, which underscores the fact that it isn’t safe to drink any amount or type of alcohol at any stage of pregnancy, despite the conflicting messages the public may hear,” says Dr. Lana Popova, Senior Scientist in Social and Epidemiological Research at CAMH, and lead author on the paper. “Alcohol can affect any organ or system in the developing fetus.”
FASD is a broad term describing the range of disabilities that can occur in individuals as a result of alcohol exposure before birth. The severity and symptoms vary, based on how much and when alcohol was consumed, as well as other factors in the mother’s life such as stress levels, nutrition and environmental influences. The effects are also influenced by genetic factors and the body’s ability to break down alcohol, in both the mother and fetus.
Different Canadian surveys suggest that between six and 14 per cent of women drink during pregnancy.
The 428 co-occurring conditions were identified from 127 studies included inThe Lancet review. These disease conditions, coded in the International Classification of Disease (ICD-10), affected nearly every system of the body, including the central nervous system (brain), vision, hearing, cardiac, circulation, digestion, and musculoskeletal and respiratory systems, among others.
Read the Rest of this Article on Science Daily