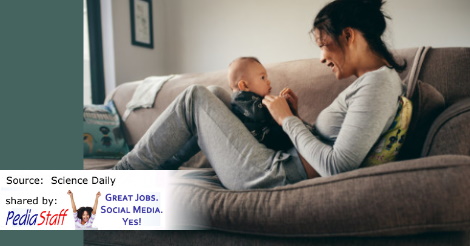 Used in virtually all of the world’s languages, parentese is a speaking style that draws baby’s attention. Parents adopt its simple grammar and words, plus its exaggerated sounds, almost without thinking about it.

But if parents knew the way they speak could help baby learn, would they alter their speech?

A new study from the Institute for Learning & Brain Sciences, or I-LABS, at the University of Washington suggests they would, to baby’s benefit. Researchers examined how parent coaching about the value of parentese affected adults’ use of it with their own infants, and demonstrated that increases in the use of parentese enhanced children’s later language skills.

The study, published online Feb. 3 in the Proceedings of the National Academy of Sciences, finds that parents who participated in individual coaching sessions used parentese more often than control-group parents who were not coached, and that coaching produced more parent-child “conversational turns” and increased the child’s language skills months later.