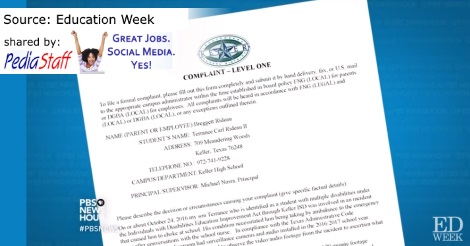 Arbitrators have awarded $900,000 to a family that sued the Clark County, Nev., district after their son was restrained repeatedly during the 2011-12 school year‐some of which was caught on videocameras that had been hidden in the classroom by school district police officers.

Clark County, the nation’s 5th largest school district, includes Las Vegas and surrounding areas. The Las Vegas Review-Journal reported that the settlement with John and Dina Phipps was reached at the end of May, bringing to an end a long-running and complicated case that had prompted both a federal and a state lawsuit.

Legal filings in the case spell out some of the details: In 2012, the Phipps’ son was attending Variety School, a special education school for students with severe disabilities. He was in a classroom with six other children, all of whom, like him, were nonverbal.