Autism Corner: Help for Depressed Teens on the Autism Spectrum 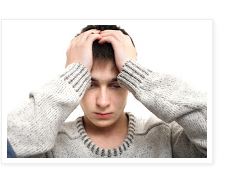 Editor’s Note: Great Article to give to the parents and guardians of your secondary school students with autism
[Source:  My Aspergers Child]
Teens with Asperger’s (AS) and High-Functioning Autism (HFA) are particularly vulnerable to mental health problems (e.g., depression, anxiety). One study found that 65% of their sample of patients with AS presented with symptoms of a psychiatric disorder. However, the inability of AS and HFA teens to communicate feelings of distress can also mean that it is often very difficult to diagnose depression. Likewise, because of their impairment in non-verbal expression, they may not appear to be depressed. This can mean that it is not until depression is well developed that it is recognized (e.g., in the form of aggression, alcoholism/drug abuse, increased obsessional behavior, paranoia, refusal to go to school/work/college, refusal to leave home, threatened/attempted/actual suicide, and total withdrawal).
In addition, teens with AS or HFA leaving home and going to college frequently report feelings of depression. As one young man said, “I had to deal with anger, frustration, and depression that I had been keeping inside since high school.”
Read the Rest of this Article on My Aspergers Child