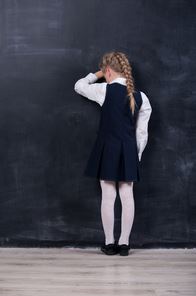 Researchers at Warwick Medical School have shown that frequently changing schools during childhood can increase the risk of psychotic symptoms in later years.

The study, published in American Academy of Child and Adolescent Psychiatry, found that school mobility during childhood heightens the risk of developing psychotic-like symptoms in early adolescence by up to 60%.
Suffering from psychotic-like symptoms at young age is strongly associated with mental health problems in adulthood, including psychotic disorders and suicide.
Professor Swaran Singh, who led the study, explained, “Changing schools can be very stressful for students. Our study found that the process of moving schools may itself increase the risk of psychotic symptoms — independent of other factors. But additionally, being involved in bullying, sometimes as a consequence of repeated school moves, may exacerbate risk for the individual.”
At the age of 12, participants in the study were interviewed to assess for the presence of psychotic-like symptoms including hallucinations, delusions and thought interference in the previous six months. Those that had moved school three or more times were found to be 60% more likely to display at least one definite psychotic symptom.
Read the Rest of this Article on Science Daily