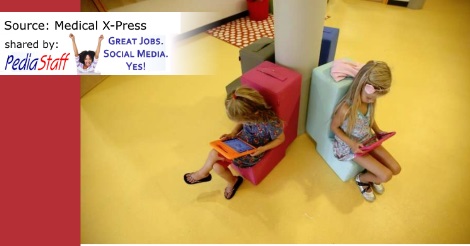 Researchers have found “different patterns” in brain scans among children who record heavy smart device and video game use, according to initial data from a major ongoing US study.

The first wave of information from the $300 million National Institute of Health (NIH) study is showing that those nine and 10-year-old kids spending more than seven hours a day using such devices show signs of premature thinning of the cortex, the brain’s outermost layer that processes sensory information.

“We don’t know if it’s being caused by the screen time. We don’t know yet if it’s a bad thing,” said Gaya Dowling, an NIH doctor working on the project, explaining the preliminary findings in an interview with the CBS news program 60 Minutes.