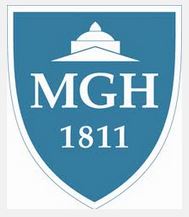 An international consortium has shown for the first time evidence of substantial overlap of genetic risk factors shared between bipolar disorder, major depressive disorder and schizophrenia and less overlap between those conditions and autism and attention deficit-hyperactivity disorder (ADHD), according to a study published this week in Nature Genetics‘ Advance Online publication.
The root cause of psychiatric illnesses such as bipolar disorder, major depressive disorder schizophrenia, autism and ADHD is not fully understood. For more than 125 years, clinicians have based diagnosis on a collection of symptoms observed in patients.
But, scientists have since identified that the five psychiatric disorders share a common genetic link and are now moving toward understanding the molecular underpinnings of psychiatric illness. The precise degree to which these disorders share common ground has remained unknown, until now.
Read the Rest of this Article on Science Daily