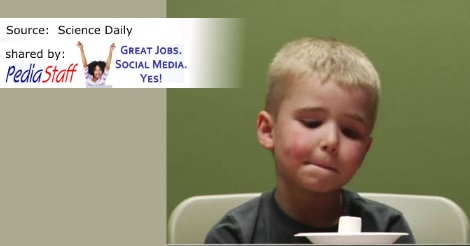 A new replication study of the well-known ‘marshmallow test’ — a famous psychological experiment designed to measure children’s self-control — suggests that being able to delay gratification at a young age may not be as predictive of later life outcomes as was previously thought.

Published in Psychological Science by Dr. Tyler W. Watts, an assistant professor of research and postdoctoral scholar at New York University’s Steinhardt School of Culture, Education, and Human Development, and his colleagues, this replication uses a larger and more diverse sample of children to reexamine whether the marshmallow test does, in fact, predict longer-term cognitive and behavioral outcomes.

Dr. Watts’s research finds that although the marshmallow test conceived by psychologist Walter Mischel is related to later achievement, the relationship between a young child’s ability to delay gratification and later outcomes is much weaker than previously thought. The new study discovered that while the ability to resist temptation and wait longer to eat the marshmallow (or another treat offered as a reward) did predict adolescent math and reading skills, the association was small and disappeared after the researchers controlled for characteristics of the child’s family and early environment. And there was no indication that it predicted later behaviors or measures of personality. The authors concluded that interventions focused only on teaching young children to delay gratification are likely to be ineffective.