Defending the Science of Infant Imitation 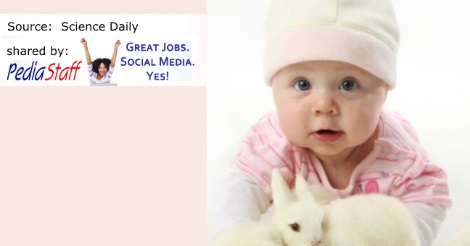 Since the 1970s, studies have suggested that infants can imitate facial gestures, finger movements, and other actions just hours after birth. University of Miami Assistant Professor Elizabeth Simpson studies this phenomenon, known as neonatal imitation, in babies from birth to one year of life in her Social Cognition Lab in the Department of Psychology’s Child Division.

Recently, Simpson, whose research focuses on how infants begin to understand their social world, was awarded a $675,000 grant from the National Science Foundation to continue her research, specifically on neonatal imitation as a marker of healthy social development in human babies. Her studies on human infant imitation are based on her previous studies on monkeys, which showed that infant monkeys that were better imitators during their first week of life grew to be more social, engaged in more play behavior, and initiated more positive social interactions.