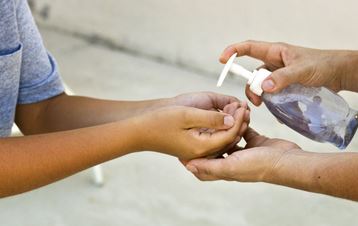 Schools can be a great breeding ground for colds, stomach viruses, the flu and other bugs kids (and their parents) would rather not get.

Researchers wanted to know whether the transmission of those baddies could be reduced by telling elementary school children to use hand sanitizer in addition to the usual hand washing. But their study, conducted in 68 primary schools in New Zealand, found putting sanitizer in classrooms might not be worth the money and effort in higher-income countries, where soap and clean water are readily available.

Half the schools were randomly assigned to get the sanitizer. In those schools, the kids had a 30-minute educational session on hand hygiene and were also told to use the hand sanitizer dispensers after coughing or sneezing and when they left the classroom for recess or lunch. (The active ingredient in the hand sanitizer was plain old alcohol, not the antibacterial triclosan, which is controversial for its potential to create antibiotic-resistant bacteria.) Kids in the other schools just got the session on hand hygiene.

After the 20-week study was over, the researchers followed up with caregivers of a randomly selected sample of 2,443 students. The absence rates due to illness in the sanitizer and nonsanitizer groups were similar. Nor was there a difference in absence rates due to a specific illness, say, a gastrointestinal bug. And the family members of those kids in the soap-only group didn’t get sick more often either.

Read the Rest of this Article on NPR.org