Accelerated Aging in Children: Promising Treatment for Progeria Within Reach 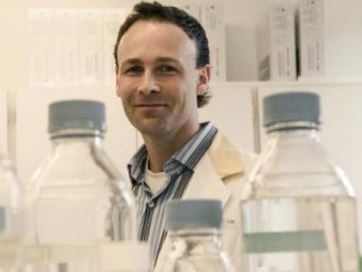 Pharmaceuticals that inhibit a specific enzyme may be useful in treating progeria, or accelerated aging in children. As reported in the journal Science, a new study performed at the Sahlgrenska Academy indicates that the development of progeria in mice was inhibited upon reducing the production of this enzyme.
This study is a breakthrough for our research group after years of work. When we reduce the production of the enzyme in mice, the development of all the clinical symptoms of progeria is reduced or blocked. We have also studied cultured cells from children with progeria, and can see that when the enzyme is inhibited, the growth of the cells increases by the same mechanism as in mouse cells,” says Martin Bergö, Professor at the Sahlgrenska Academy, University of Gothenburg and research director at the Sahlgrenska Cancer Center.
Progeria is a rare genetic childhood disorder characterized by the appearance of accelerated aging. The classical form of progeria, called Hutchinson-Gilford Progeria Syndrome (HGPS), is caused by a spontaneous mutation, which means that it is not inherited from the parents.
Read the Rest of this Article on Science Daily