Actors with Down Syndrome Raise Awareness 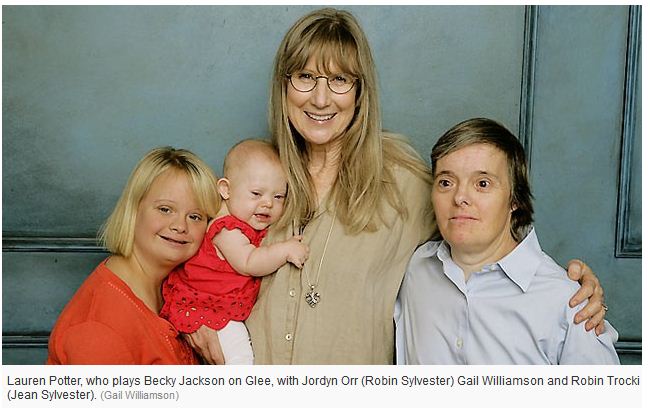 When Gail Williamson was pregnant with her son Blair in 1979, there was no one on TV with Down syndrome to help make the diagnosis less scary.
Today, doctors tell parents that their babies will grow up and be like “Becky,” a character on “Glee” who has Down syndrome — and quite a bit of sass as she rocks a cheerleading uniform at the fictional William McKinley High School.
“It changes it for parents,” said Williamson, the woman who connected “Glee” with Lauren Potter, the actress who plays Becky; Robin Trocki, the actress who played Sue Sylvester’s big sister, Jean; and Jordyn Orr, the baby who made her “Glee” debut as Sue’s daughter Thursday night. They all have Down syndrome.
Read the Rest of this Article on ABC.com