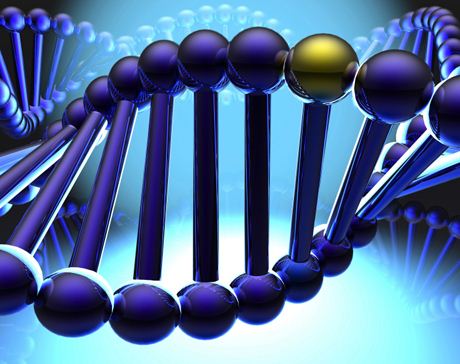 [Source:  Science Daily]
An increased risk of autism spectrum disorders (ASD) could result from an accumulation of many small, common genetic variations rather than large-effect, rare changes in the genetic code, according to a multicenter team led by researchers at the University of Pittsburgh School of Medicine. Their findings, published today in Molecular Autism, provide new insights into the genetic factors that underlie the neurodevelopmental condition.
Scientists have debated about the genetic contributions that lead to ASD in families where only one individual is affected, called simplex, versus those that have multiple affected family members, called multiplex, said senior author Bernie Devlin, Ph.D., associate professor, Department of Psychiatry, University of Pittsburgh School of Medicine.
“Our team compared simplex, multiplex and unaffected families using sophisticated quantitative genetic techniques,” he said. “In families where only one child has an ASD, 40 percent of the risk is inherited while in families with more than one affected child, the risk rises to 60 percent.”
Read the Rest of this Article on Science Daily.com