Article on the Atlantic.com: 'How My Autistic Son Got Lost in the Public School System' 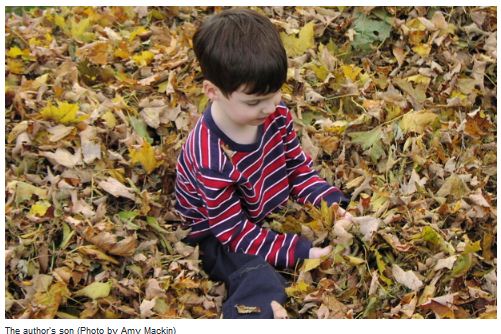 The waiting room was loud and chaotic. Toddlers were stacking blocks, then squealing with excitement as they knocked them over and watched them fall. Baby toys were chiming and buzzing. A cartoon was blaring on the television mounted above us.
My son Henry (not his real name) was not playing with the other children. He was nestled in my lap, quietly leafing through a picture book. My winter coat partially enshrouded him from the bedlam encircling us.
When we were finally called in, our pediatrician examined Henry physically and declared him a healthy 15-month-old. Then she began to ask me a lot of questions about his behavior.
“What words does he say?” She asked.
“None,” I replied. “But he makes a few sounds.”
“How does he tell you when he wants something, like a drink or a snack or a toy?”
“I just have to figure it out.”
“Does he point to the cabinet the snacks are in? Does he point to the refrigerator when he’s thirsty?”
“No,” I answered.
The pediatrician said that Henry should be speaking more than sounds at this point, at least a word or two, and communicating with us using either spoken or nonverbal cues. She explained that he might need a little help jump-starting those skills, then she handed me a phone number for our local Early Intervention Program.
Read the Rest of this Article on the Atlantic.com