Autism and Bullying Study in the News – Time Magazine Article 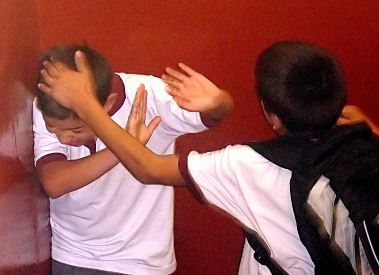 [Source:  Time Magazine]
Bullying can lead to depression, low grades, behavioral problems and even physical illness because of the stress it causes — and kids with autism may be suffering the brunt of the harm
A new study finds that children with autism spectrum disorders are bullied far more often than their typically developing peers — nearly five times as often — but parents of autistic kids think the rate is even higher than that.
In the study, about 46% of autistic children in middle and high school told their parents they were victimized at school within the previous year, compared with just over 10% of children in the general population. Calling it a “profound public health problem,” lead author Paul Sterzing of Washington University in St. Louis told the New York Times that the “rate of bullying and victimization among these adolescents is alarmingly high.”
Many people with autism have trouble recognizing social cues, which makes them awkward around others. They also often engage in repetitive behaviors and tend to be hypersensitive to environmental stimuli, all of which makes kids with the disorder ripe targets for bullies who home in on difference and enjoy aggravating their victims. About a third of autism cases are severely disabling — those affected may suffer from low IQ and be unable to talk — but most autistic people have average or high intelligence and many can function well, if their social and sensory issues are appropriately addressed.
Read the Rest of this Article on Time.com