Bilingual Corner: Can a Speech Impairment Occur in only 1 Language of a Bilingual? 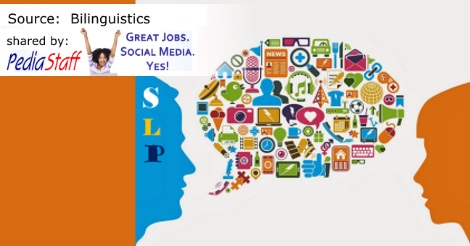 Can a child demonstrate a speech impairment in one language but not the other? My immediate response to this is, “No.” That said, let me tell you about a student I tested last week. Meet Miguel. Miguel is a 7-year, 3-month-old child whose native language is Spanish. He spoke only Spanish until he started school at age 3 and it continues to be the language he hears and uses most of the time. Since starting school, Miguel has received academic instruction in English with some Spanish support, and the family has continued to use Spanish in the home. His mother reported that Miguel speaks Spanish more often than English. Based on a detailed language history, I estimated that he uses Spanish 60% of the time and English 40% of the time.

Read the Rest of this Article on the Bilinguistics Blog